“With 400 million people eligible to vote, the European Elections are considered the second-largest democratic elections in the world.” 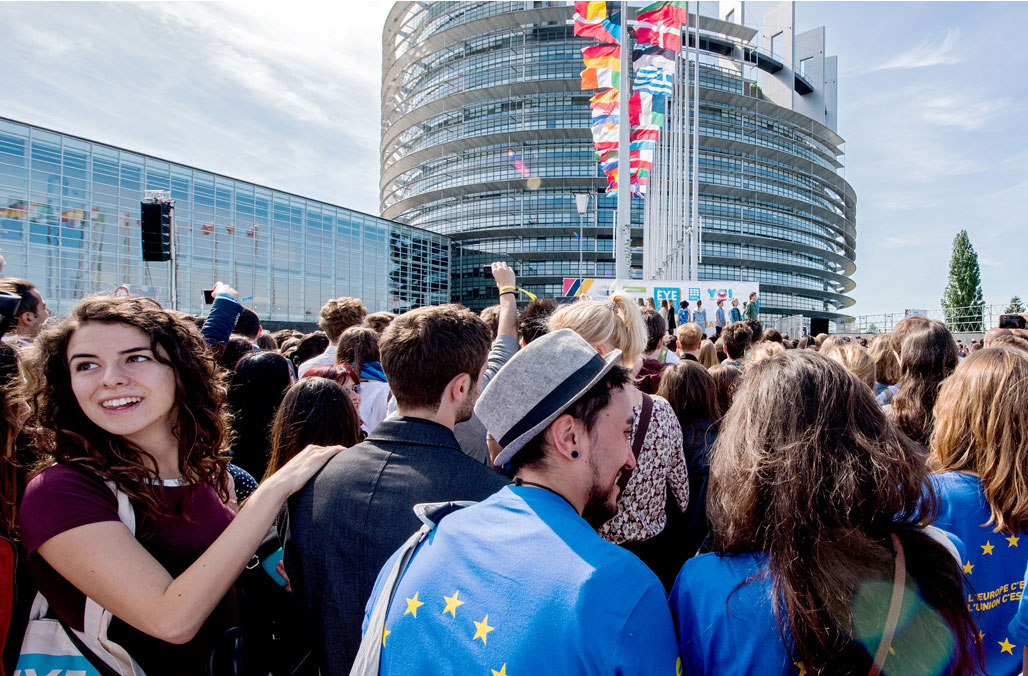 With vital issues at stake from migration to climate change, from youth unemployment to data privacy, the 2019 European Elections could not have been more critical.

The Brexit referendum has demonstrated that the EU is not an irrevocable project. And while most of us take democracy for granted, it also seems under increasing threat, both in principle and practice.

Against this backdrop, in close collaboration with the communications units of the Parliament, Brand Response undertook an EU wide project to create a grassroots community to help encourage a higher voter turnout.

The goal was not to tell people who they should vote for; instead, it was to promote the act of voting itself, of engaging in the democratic process. And doing so in a conscious fully informed way.

thistimeimvoting.eu was a digital platform designed to encourage grassroots participation in a range of actions: from sharing information with friends via social media to organising in-person events and activities. The platform was delivered in all 24 official EU languages and had multiple iterations throughout the year in the run-up to the May 2019 Elections.

As the thistimeimvoting.eu platform developed, a local site for each EU member state was launched, leading to a network of 28 websites. These localised sites enabled the European Parliament's in-country offices (EPLOs) to communicate and facilitate events directly with grassroots supporters.

Our data, development and creative teams provided ongoing support throughout the election cycle. With ideation, training, and design workshops delivered remotely and on-site.

Brand Response worked intensely with the fantastic in-house team at the Parliament to help shape the strategic design of a European wide ground game. Organising and debating issues at a local level allowed citizens to contextualise national issues within the wider European region. People made their own stories heard, in their own way. The result was a more audible European narrative in an ever more globalised, competitive world.

Throughout the website, supporters were encouraged to invite their friends via Facebook, WhatsApp, Twitter and other social networks to earn credit. This active engagement was rewarded and incentivised through personalisation: with a ladder-of-engagement showing the right content to the right supporters at the right time.

The goal was to create a genuine, open and inclusive community that was self-organising from the ground up. As such, community members were provided with materials and tools to create their own events and to ask friends to take part.

All elements of the platform were designed to be mobile-first, adapting to different devices and tablets in an elegant way. Email communication was also a vital component, with fully custom designed templates and workflows for each country.

In the weeks and days before the May polling date, the platform rapidly evolved to become the central EU-wide online organising hub. New actions and wayfinding points explaining how to vote in each country were added while preserving a unified brand experience. In addition, the websites hosted a countdown to the specific election date in each country, together with the official election information video and core EU-wide messaging: Choose Your Future.

Ultimately 329,000 supporters got involved in thistimeimvoting.eu, many thousands of events were hosted across 28 countries, and the online film was viewed more than 131 million times.

More than half of the eligible voters cast their ballots in the 2019 European elections - the first time turnout has risen since the foundation of the European Union. At 50.66% (up 8.06 pp on 2014), the turnout was highest for 25 years - an outstanding result.

But we absolutely don’t take credit alone - it was a monumental joint effort from a passionate and dedicated team at the Parliament. And we could never have delivered such an ambitious large-scale project, in such a challenging environment, without the support of our technology, creative and other key partners.

Beautiful - well done! I would like to congratulate and to thank you and your team for the excellent work you delivered on thistimeimvoting.eu I do appreciate your team never stopped looking for the best possible solutions as well as the most elegant ones. We moved forward in our European Elections Campaign and we are glad to have you and your team on our side for this journey.

Then we need a massive ground campaign to get out the vote. The European parliament has an excellent website [thistimeimvoting.eu], where you can register, volunteer and find events.

Links provided are for informational purposes only and we don’t endorse any particular view expressed or the accuracy of the articles and publications.

Supporters loved the fun element of friendly competition. It was an essential recruitment tool.

When an entrepreneurial initiative called Wyrd approached us to help design and build their online learning platform using NationBuilder we jumped at the chance.